Articulation refers to the production of the speech sounds.Accurate articulatiom involves precise movement of the articulators including tongue, lips, alveolar ridge, velum, and jaw coordinated with correct air flow and voicing.

A child may have an articulation disorder if he/she demonstrates any of the following signs: 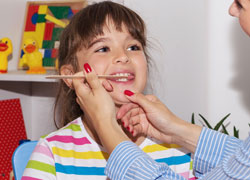 There are many possible reasons why a child could be making incorrect sounds for his/her age. When children have multiple/chronic ear infections as an infant/toddler, this puts them at risk for developing a speech sound delay. A child may have weak muscles, or even a structural probem (i.e. cleft palate) contributing to the articulation errors. For some children, the cause may be ralated to general developmental delay, delayed cognitive development or even due to unknown reason. These factors are common causes of speech problems, but not an exhaustive list.

What sounds do children say and when? 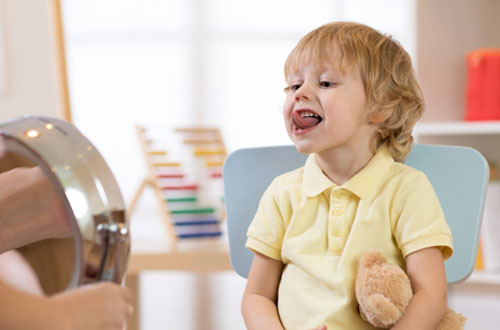